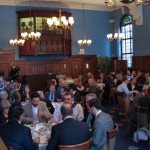 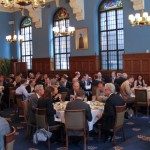 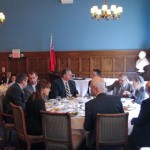 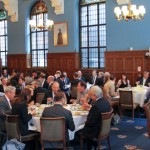 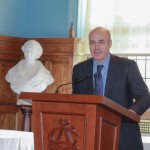 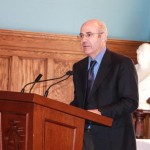 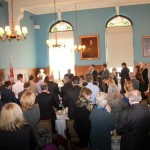 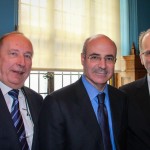 Hermitage Capital became the victim of corporate raiding and its lawyer, Sergei Magnitsky, was arrested and died in 2009 in pre-trial custody. His death resulted in the passage of the Magnitsky Act by the U.S., which blacklisted Russian officials involved in Magnitsky’s death from entering the U.S. On 11 July 2013 Browder was convicted in absentia by a district criminal court in Moscow on charges of tax evasion and sentenced to nine years in prison.

In February 2015, Mr. Browder published his New York Times and Sunday Times Bestseller “Red Notice: A True Story of High Finance, Murder, and One Man’s Fight for Justice” an account of his career, focusing on his years spent in Russia and the Russian government’s attacks on Hermitage Capital.

The luncheon was attended by 110 guests, and the net proceeds from the luncheon will be donated to the Canada Ukraine Foundation, designated for Project Patriot Defence, a humanitarian initiative of the Ukrainian World Congress.